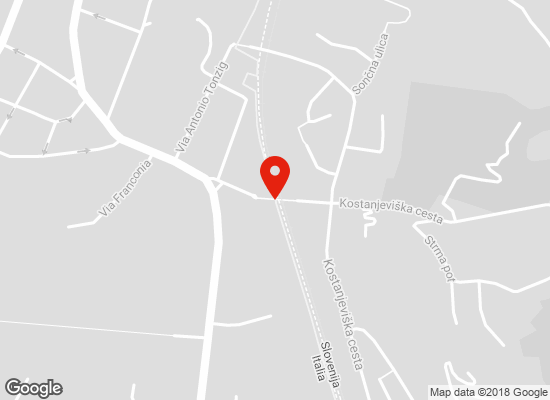 Via del Rafut takes its name from a variation of the German word “raffholz” (literally “fallen branches”).

It was local tradition to search for firewood on the nearby Rafut Hill. The street became well known, after the Paris Peace Treaty of 1947, when it became central to the new Italian-Yugoslav border.

Among the stories about the border a well known one concerns a house on the right in right in Via del Rafut: when the Allies traced the border with chalk, they separated the house, which remained in Italy, from the barn, which was left in Yugoslavia.