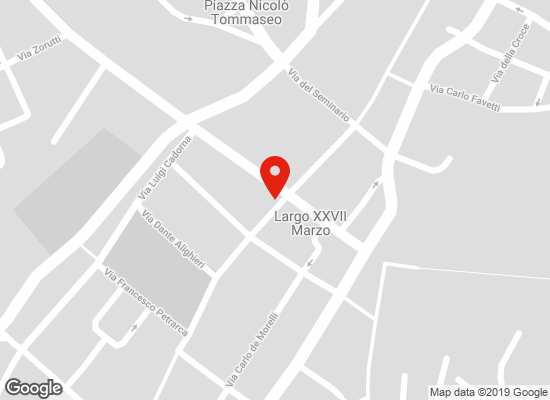 Built in the first half of the 17th century as a convent for the daughters of Gorizian aristocrats inducting into monastic life, it was originally bigger than it is today, though still a three-storey building surrounding a central cloister.

On the side overlooking Corso Verdi originally there was a church with a bell tower, then incorporated in one of the many reconstructions of the building in the 19th century. After 1782, following the suppressions of Emperor Joseph II, it lost its religious purpose.
The monastery building, used for long time as a barracks, has recently started important reconstruction works. Today, in addition to being partly used by the University, it houses the museum “Museo di Santa Chiara,” an event and exhibitions space.