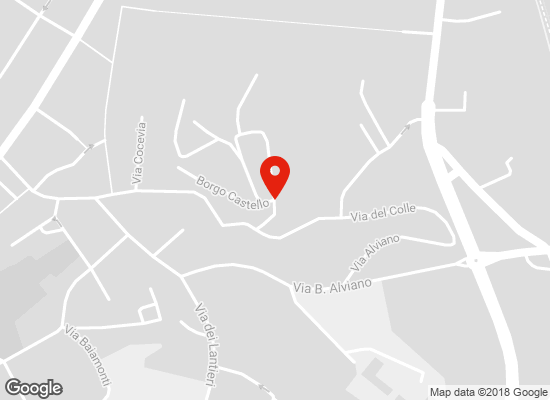 The Castle dates back to the 11th century, later expanded by the Gorizia Counts, who ruled the territory from the Tyrol to Istria.

After military and family vicissitudes, in 1500, when the last of the line, Count Leonardo, died, the area passed to Massimiliano I, becoming de facto part of the Habsburg Empire. Despite new fortification works, the manor house was occupied for a short time, in 1508 and 1509, by Venetian militias as a barracks and for a prison. In the 17th century it lost much of its medieval appearance with the building of new ramparts and  gunpowder storage towers to the north and north-west. At the beginning of the 18th century a new long wall was raised facing towards Kostanjevica. More defensive constructions were later added under the direction of the famous engineer, astronomer and mathematician Edmond Halley, the discoverer of the comet which bears his name.

The castle was largely destroyed during the First World War.  It was completely reconstructed and today it looks like the Medieval Gorizia, with furnished rooms, a weapon collection and a permanent exhibition--Theatrum Instrumentorum--entirely dedicated to musical instruments used in Europe between the Late Medieval and early Baroque periods.

On the first floor, with its breathtaking views, there is the walkway “Cammino di Ronda” and a studio dedicated to Medieval Gorizia, where models and multimedia systems tell the story of Gorizia’s Old County.