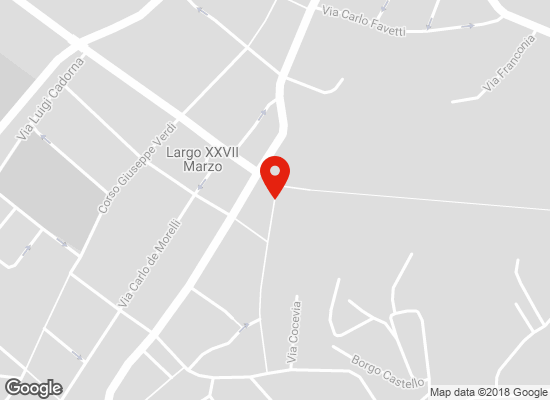 On the side of the square opposite to Sant’Ignazio church there is the Paternolli’s house, which was hit by an Italian 28 mm shell that damaged the faҁade.

At the time the building was the headquarters of a well-known publishing and printing company owned by the Paternolli family, that, especially in the second half of the 19th century, became one of the most significant institutions of Gorizian cultural life, publishing large numbers of local magazines in German, Italian and Slovene. After the war, due to severe damage to the building, the printing company moved to the Trgovski dom, which became known as “Bombi” House from the name of the new owners. 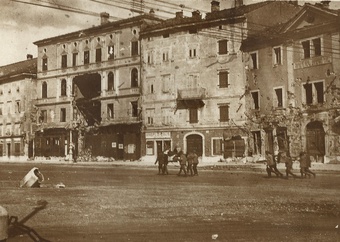