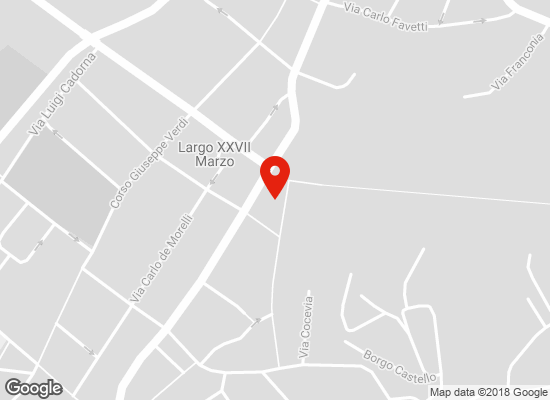 In the 16th century, when the residential area started to expand at the foot of the Castle hill, this space, already surrounded by some scattered houses, was mainly just a large grassed area.

Hence the Slovene name for the square, “Travnik”, was used for a long time. During the 18th century, after the creation of the Sant’Ignazio Jesuit complex of buildings that fostered developments in the city to the west, towards Corno, and to the north, towards the road for Carintia, this area underwent many changes that gave the square the name “Piazza Grande” (Big Square). During this period the Neptune Fountain was built (in 1756) by the sculptor Marco Chiereghin as part of Nicolò Pacassi’s project, the Gorizian architect who planned the Schönbrunn Palace.

Among the oldest buildings overlooking the square is the 16th century palazzo built by the Torri Counts. It was subject to many reconstructions during the reign of the Habsburgs. It became Palazzo del Capitano Provinciale, the palazzo of the Representative of the Central Government, nominated directly by the Emperor. After Gorizia passed to Italy the square got its new name “della Vittoria” (of Victory). The building passed to the Prefecture and it today still serves that same function. The completion of the area involved the demolishment of some buildings near the Prefecture, the opening of Via Roma and the building of palazzo INPS close to the Sant’Ignazio church in the 1930s.