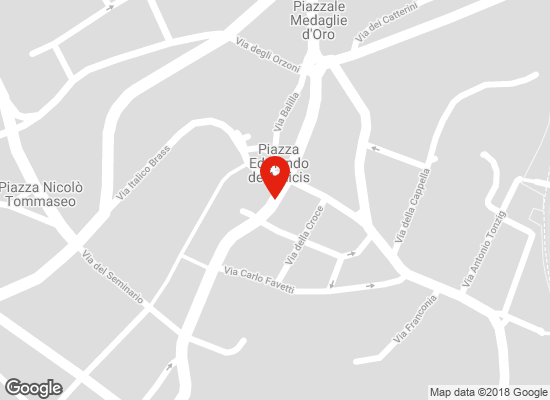 View of Piazza Como — now De Amicis Square —with the Attems Petzenstein palace, completed in 1745 as town residence of the noble family from Gorizia. Nicolò Pacassi worked at the construction. The eighteenth-century Academy of Filomeleti was housed in the building. Since 1900 it has been seat of the Provincial Museums. In the background, the entrance of Via dei Signori — today via Carducci. At the center you can see the fountain of the Hercules, a work of 1775 still by Pacassi, removed in 1934 for traffic reasons and located in the garden of the Attems palace.

At the end of Piazza Como — now Piazza De Amicis — the front of the buildings was compact; Via Silvio Pellico did not exist yet, opened in 1908 to unite the city center with the Transalpina Station. The terminus of the horse cabs that led to the South Station was in the square. On the back of the Attems building, in Via Ascoli, was the Jewish ghetto with the eighteenth-century synagogue now restored. Currently Via Silvio Pellico leads both to the Transalpina Station, located in the Slovenian territory, and to Via San Gabriele from which one enters the urban center of the neighboring city of Nova Gorica. 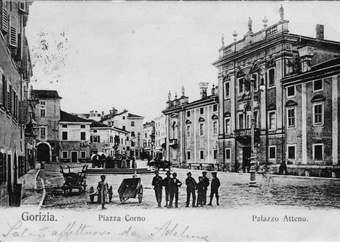 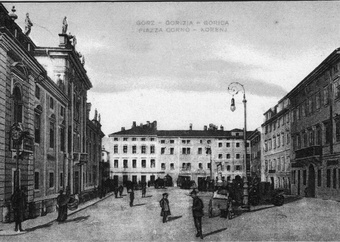