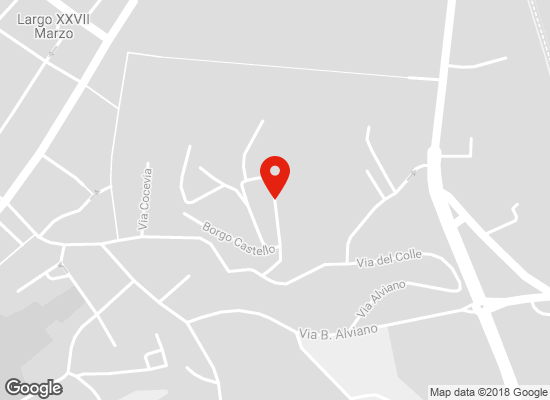 Proceeding towards the Castle entrance, we pass through the gates.

At the end of the war the southern tower on the right of the gate was completely destroyed by repeated bombings against the artillery observation post inside it. The Lion of Saint Mark above the gate was brought to Gorizia by Venetians in 1509 when they occupied the city for a short time. It was found in the lapidary of a Provincial museum in August 1916 and at the end of the war it was chosen as a symbol of “Italianity” of the Gorizia territory. In April 1919 it was decided to place it on the entrance gate to the castle. General Cattaneo, commander of Gorizia area, wrote: “…in my mind the vision of the complete liberation of the city melded with the image of the Saint Mark Lion that was put back at its place”. 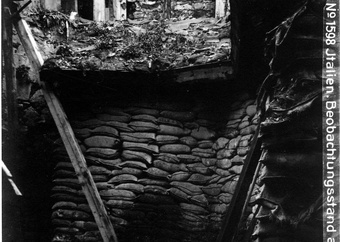 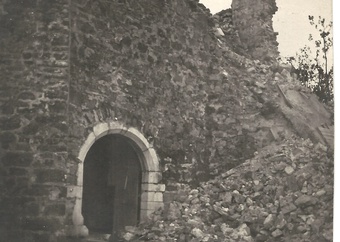 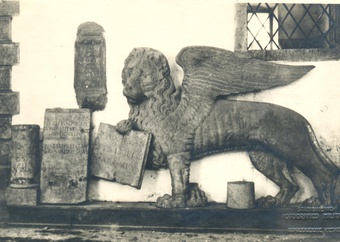 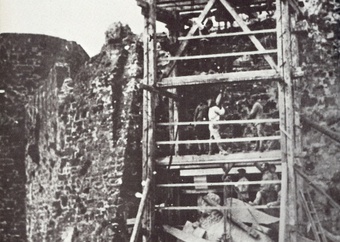 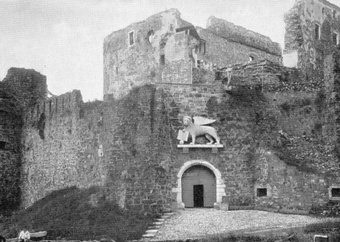