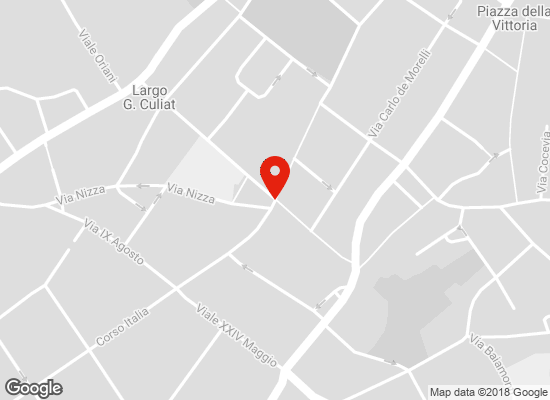 Going along Corso Francesco Giuseppe, from the Station towards the city centre, in the terminating end of the road the villas gave way to two blocks of buildings.

At the crossroads, the buildings had specific corner faҁades, like the one at today’s corner of Via XXIV Maggio, where there was the entrance to a famous coffee shop opened in 1899 and built in the Viennese style. Today it is still the “Caffè Garibaldi”.
Corso Francesco Giuseppe stopped at the Teatro Verdi, at the crossroad with Via Teatro (today, Via Garibaldi) and Via Alvarez (today, Via Diaz), continuing then as Via Giardino (today, Corso Giuseppe Verdi). Here there was the post office building, with a second triumphal arch raised for the Emperor’s visit. When the Emperor went through it he was welcomed by “loud applause mixed with cannon shots and festive bells ringing.” 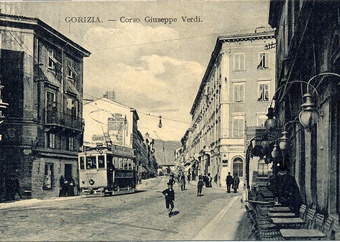 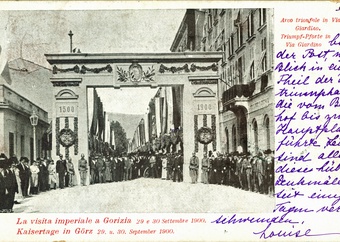 Arco trionfale in Via Giardino, 1900.