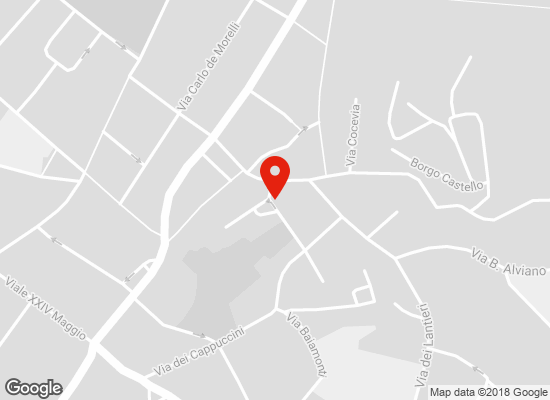 Going through the hallway of the Palazzo della Questura we reach the Cathedral dedicated to the Saints Ilario and Taziano.

Behind the simple faҁade, reconstructed in 1924 after the War, lays hidden a very old religious building which preserves precious works and evidence of medieval Gorizian history.

The original core of the Cathedral dates back to the 14th century. Inside you can visit the presbytery, the high altar (1707) rich in polychrome marble made by Giovanni Pacassi, the pulpit from the 18th century and the large canvas by Giuseppe Tominz representing the Virgo with Saints Ilario, Taziano and Carlo Borromeo that are suspended above a panoramic view of Gorizia. At the end of the nave on the right is the 15th century Sant’Acazio chapel, the only preserved 15th century structure. It is worth viewing its star vault with symbols of four evangelists. From here a staircase takes you to the crypt where the Archbishops of Gorizia rest.

The left nave ends in the chapel Cappella del Santissimo, dating back to the 14th century, housing the cenotaph of Leonardo, the last Gorizia Count, together with other 16th century gravestones.