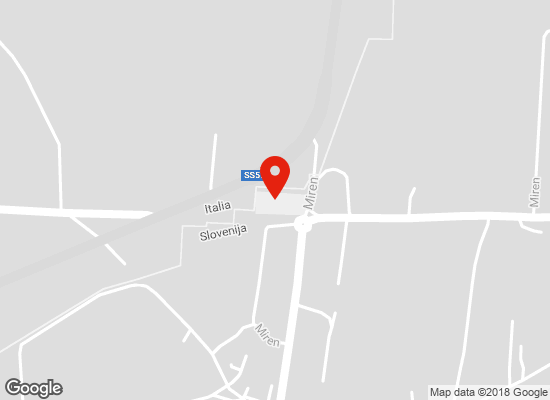 One of the new border crossings was created close to the civilian cemetery of Miren and, as in the case of the barn in Via del Rafut, it became a symbol of the artificial creation of the border after 1947.

The cemetery was divided by a wire fence. Half of it was in Italy and half in Yugoslavia. Later, thanks to an agreement between the two countries, the cemetery passed to Yugoslavian ownership and the border was moved outside of the perimeter walls of the cemetery.

But, even today, white border posts still exist that indicate the line of the border.