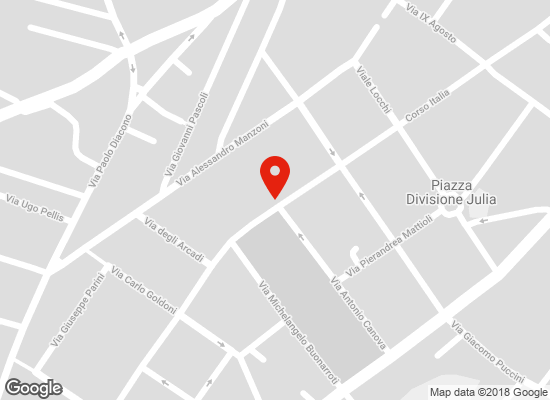 Silvano Barich/Baresi was born in 1884 in Castelnuovo d'Istria, Croatia. As a young boy he moved to Gorizia and, after getting his school diplomas, went to Vienna where, mentored by Max Fabiani, he graduated in 1908. The works he did in Gorizia before the First World War, which recall Venetian and Lombardian eclecticism, are the Pitteri School building (1908) and the Giusto Obizzi House (1909). After the War, in the early 20s, Barich came back to Gorizia and reconstruction activity filled his most intense working period. The plans for the Pecile House, the Villa Codermaz, and the houses along the Corso Italia, together with parallel streets that include the small house Villani (1922-1925), were commissioned by a well-known coral merchant, in the twenties.  The small villa stands out due to it’s unified visual language with elegant bay windows, an ashlar base, an elaborate entrance portal and pilasters with floral patterns at their pinnacles.