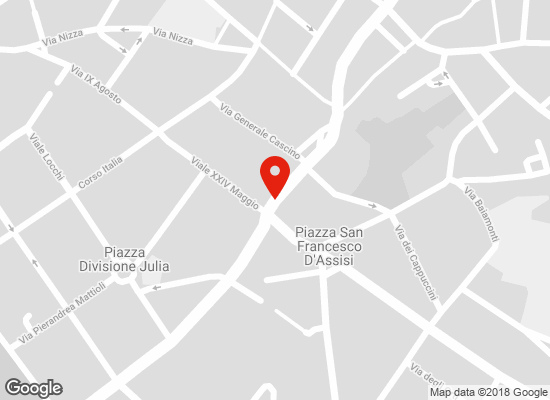 For the construction of the new Gorizia Court, with annexed prison as the Hapsburg organizational protocols provided, was charged Joseph Wujtechowsky, a Polish government engineer who, between 1899 and 1902, created on the former customs spaces the public work promoted by the Ministry of Viennese Justice and built according to a standardized design, repeated in smaller or greater proportion based on needs in other provincial capitals of the disappeared Austrian monarchy. It is an anodine and eclectic mass that reflects the bureaucratic building of the former Hapsburg monarchy" (Carlo Luigi Bozzi, "Gorizia e la Provincia Isontina; 1965).

Created by the Polish engineer Joseph Wujtechonsky between 1909 and 1902, the Courthouse unfolds between two curvilinear wings that meet at the intersection of the streets Sauro and Filzi, where the angular dome rises. During the First World War it was the seat of the Austrian military command. In the image, on the wing along Via Filzi, Italian troops after the conquest of the city, in August 1916.

Cars were scarce in the thirties, so as to allow a double row of trees to frame the main entrance of the Palazzo di Giustizia (Courthouse) on Via Sauro. On the left of the image, on the corner with Via XXIV Maggio, the Del Pin house characterized by decorative sobriety enlivened by the colors play between the red of the exposed bricks and the ocher of the facades, built by architect Silvano Barich - Baresi (1884 -1958), very active in Gorizia in the first half of the twentieth century. 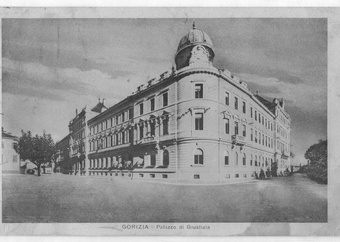 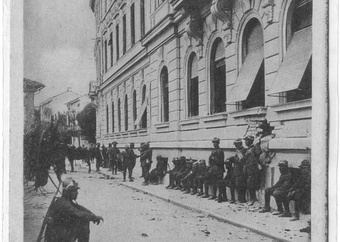