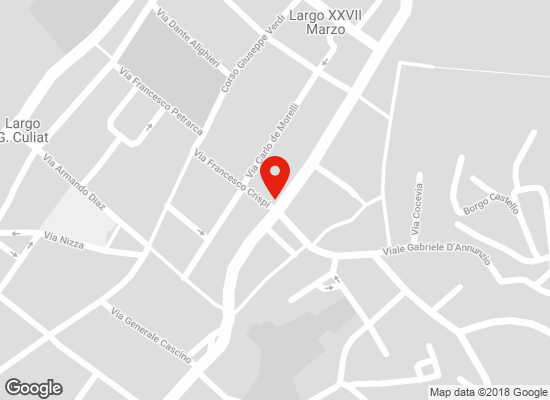 The Chamber of Commerce, Industry, Craft and Agriculture was built in Gorizia in August 1850. The beginning of the First World War brought to Gorizia a partial paralysis of the economy and the freezing of any new projects, causing the moving of its offices and archives to Vienna. In 1926 the Chamber of Commerce was transformed into the Provincial Council for the Economy and later it became the State Office under the Ministry of Corporations.

Whilst keeping the fascist “monumentalism” standards, Cristofori was able to introduce classical elements into the project. The building was raised from a clear base to develop its two floors. The Chamber of Commerce emblem is a coin, symbol of commerce, on which there is the winged Mercury holding the caduceus. In the background there is the Gorizia Castle. The Chamber of Commerce is located on road parallel to Via Roma. This street overlaid, in the thirties, gardens of a 17th century Ursuline Convent, and was intended to become a monumental imitation of the Imperial Forum in Rome, running from the Provincial Council of the Corporations to Piazza Vittoria. Mussolini visited it in September 1938 when he inaugurated many buildings in Italy, amongst them the INAIL building in Gorizia and the main building of the University of Trieste. The new Via Roma was designed to house new buildings based on the characteristics of the Modernist Movement as manifest in the Fascist regime’s architecture. 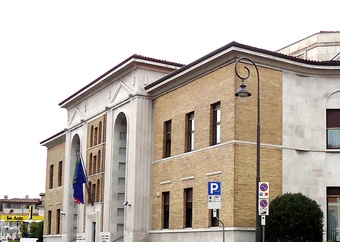