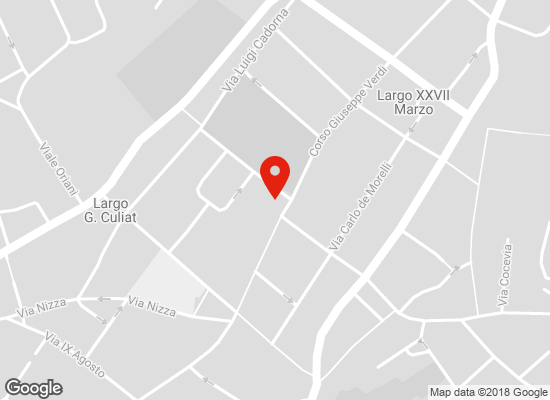 Turning from the square to the right and into via Petrarca, the street that runs alongside the park, “Giardino pubblico”, there is, on the corner with Corso Verdi, once called Via Giardino, the Trgovski dom (House of Commerce).

The building was constructed between 1903 and 1905 and it is one of the greatest works of the architect Max Fabiani, an important representative of Vienna Secession and Architectural Rationalism. It was commissioned by a Consortium made up of Banca Commerciale Industriale and Cassa Popolare dei Prestiti. It was soon identified as the “House of Slovenians” because of the Slovenian associations operating in the annexed theatre hall in Via Petrarca. The building was hit by Italians during the bombing on 18th November 1915. The fire lasted all day as firefighters struggled to put it out. 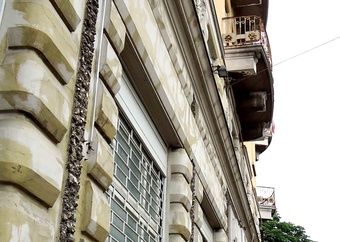 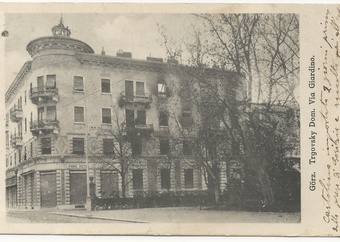 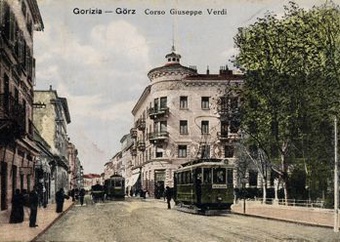