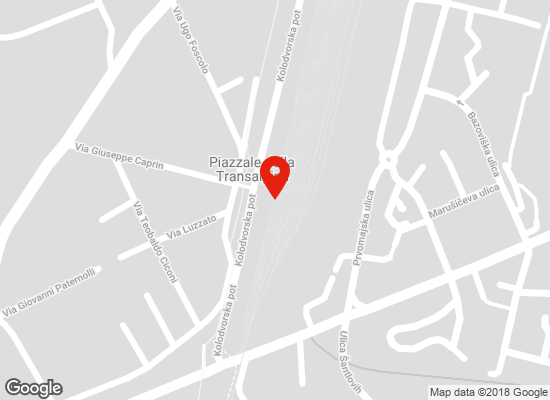 Piazza della Transalpina gets its name from the railway line that links Jesenice (Slovenia) to Trieste – opened by the Archduke Franz Ferdinand in 1906. Where once there was a fence dividing the Italian and the Slovenian sections of the square there is now a large round mosaic made by the artist Franco Vecchiet from Trieste. The border between the two countries is now symbolized by a simple line of stone tiles. The square had been designed to create a common public space that allowed free pedestrian movement. But until 2007, the year in which Slovenia entered the Schengen area, the free movement of people was permitted only inside the square, even though the border fence had already been removed in 2004.

The railway station is located in Nova Gorica, Slovenia, 30 meters from the border with Italy. The Solkan Bridge is the most important Transalpina Line bridge and one of the most important bridges in Slovenia. With an span of 85 meters, the Solkan Bridge is the world longest stone arch built over a river and it is the longest stone arch railway bridge anywhere. The architectural project was led by Rudolf Jaussner with Leopold Orley leading the building works (1904 -1905). 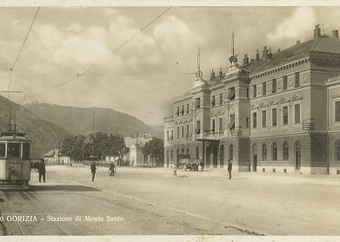