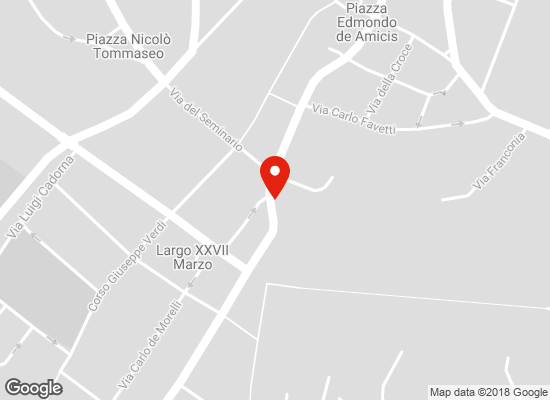 Going up along Via del Seminario we come to the Archbishopric.

Built in 1587 by Count Giovanni Cobenzl, the palazzo, that, in the 18th century, was described by the historian Carlo Morelli as “the nicest house of the time in our city,” passed later to the aristocratic Gorizian family Codelli, who enlarged it and in 1749 donated it to the State enabling it to become the Archbischopric in 1751.
Inside the palazzo Cobenzl, accessible directly through Via Arcivescovado, there is the Cappella dell'Esaltazione della Croce, built in 1746, commissioned by Agostino Codelli, Baron of Fahnenfeld, as a plaque on the floor reminds us. The main peculiarity of this building is the oval plan and the vaulted ceiling. Among its highlights is the marble altar in Rococo style (attributed to Mazzoleni) with a white marble tabernacle and an altar mensa held by two statues of angels. The historical and artistic heritage of the Archbishopric Curia includes 17th and 18th century paintings, Strassoldo family portraits, and a rich archive of papers.