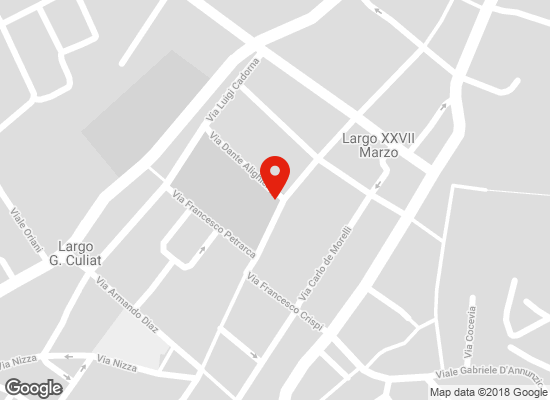 We find ourselves close to the Public Garden, established in 1863, from which the street - via del Giardino (Garden Street) — took its name. On the right the Trgovski Dom, designed by Max Fabiani in 1904 as the seat of the Slovenian Trade Associations (Casa del Commercio). It was then Casa del Fascio, formerly the headquarters of the Finance Authority and other public offices. The front of the buildings on the left has radically changed compared to the postcard age after the construction of a skyscraper; still there the gothic-Venetian building of 1903, not visible in the image, and the nineteenth-century seat of the Town Hall.

The Edison was inaugurated in 1908, at the corner of Corso Verdi and Via Dante; it was one of the first buildings in the world to be built specifically as a movie theater. The first film went on screen at five o'clock on the evening of December 8, 1896, with a Lumiere program on the veranda of the Dreher brewery of the Centrale hotel, on the current Piazza Battisti, opposite the UGG gym. The Edison cinema used newsboys to attract the public, but also the absolute new experience of an external screen (in the postcard without curtain) on which the first minutes of the film were projected. In the mid-'20s it was transformed into the renowned Gremese barber shop, today a perfumery. 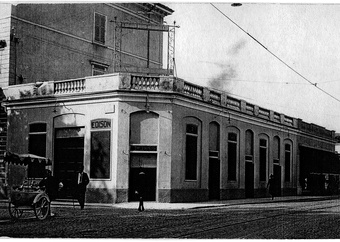 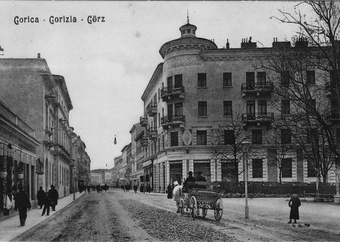