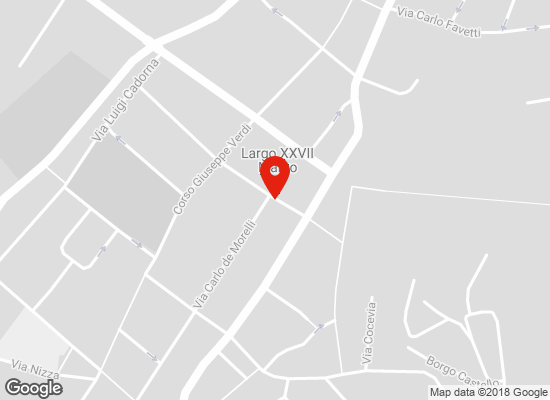 Turning right there is via Oberdan, once called Via della Caserma (Barracks Street) because the Jesuit monastery situated on the corner with Piazza Vittoria converted into barracks after the Jesuit order was suppressed and the monastery was confiscated by the Imperial Treasury.

It never had a name, so it was known as “big Barracks” or Travnik-Kaserme from the old Slovenian name of the square which means “lawn”. In the 19th century it housed the 47th Infantry Regiment “Conte Beck”.  During the years of conflict it hosted imperial departments and at the end of 1918 it was occupied by the troops of the 2nd Gebirschützen Regiment, mainly consisting of Slovenians sent from Codroipo to Gorizia by the Slovenian National Committee in order to maintain public order. Later, it housed the 3rd Alpine Regiment. It was demolished in 1938 as part of an urban renewal project linked to the creation of today’s via Roma. In its place stands today the Palazzo dell’ INPS (National Institute of Social Insurance). 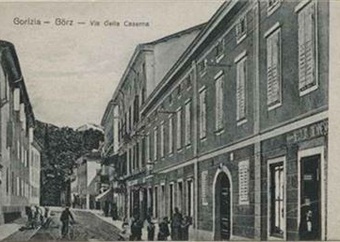 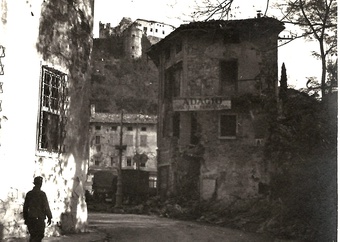