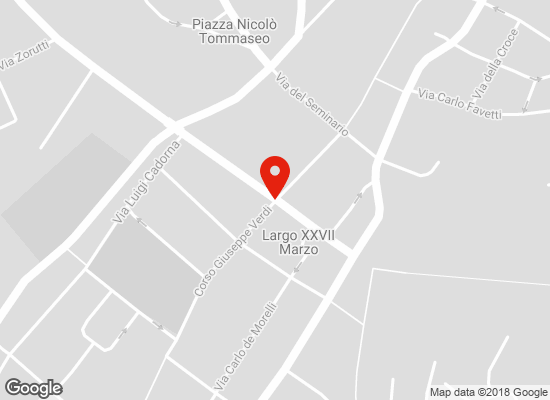 The Imperial Parade continued along Via del Giardino, that takes its name from the public garden opened in the 1863, that lays on one side of the street.

Opposite it, where today there is the post office, was a fruit and vegetable market, which moved to the other side of the street in 1927 when a new indoor market was completed. It is still there today.
At the junction of Via del Giardino and Via delle Scuole (today, Via Mameli) there was a semicircular area decorated with flags and rosettes where a melee of Gorizia ladies waited for the Emperor, accompanied by young girls dressed in white, representing the different women’s educational institutions of Gorizia. The Emperor got off the coach to receive a flower tribute from the Mayor’s daughter and then personally greeted some of the most influential woman of the city. 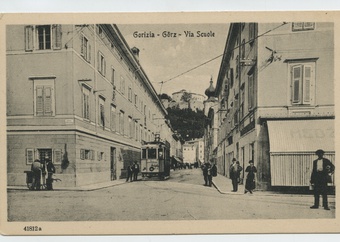 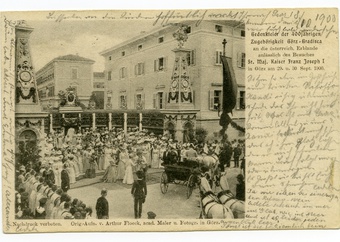 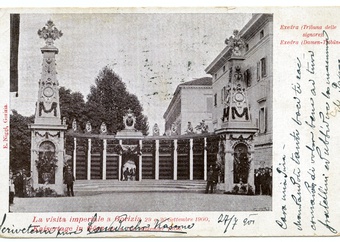 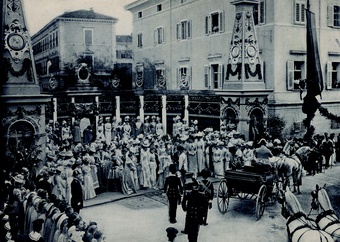