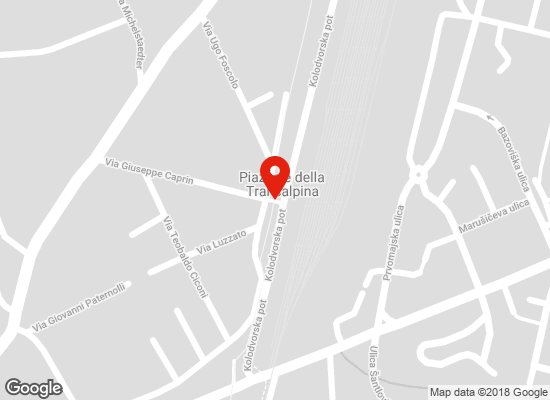 Piazza Transalpina and the border

But it wasn’t always like that: in 1947 the new border between Italy and Yugoslavia divided the square. Crossed by the so-called “Gorizia Wall”, Piazza Transalpina became one of the symbols of the political and ideological separation between Western and Eastern Europe during The Cold War. Until 1954 there was barbed wire along the border and the entrance of the railway station wasn’t open on the square side. After  1954 the barbed wire was replaced by a half a meter high wall with concrete pillars linked by an iron wire mesh.

The area and the railway station, that overlooks the square, were given to Yugoslavia after the Second World War and were separated from the rest of Gorizia that remained in Italy.

On the Yugoslavian side was created the city of Nova Gorica, that is: the ‘New Gorizia’. It was built close to the border to exemplify the successful socialist model which Yugoslavia was a showcase for after the war. On the faҁade of the station building there was, until 1991, a Red Star. Written by it in Serbo-Croatian: “Mi gradimo socijalizam” (We are building socialism).

There is an infopoint in the Nova Gorica station: