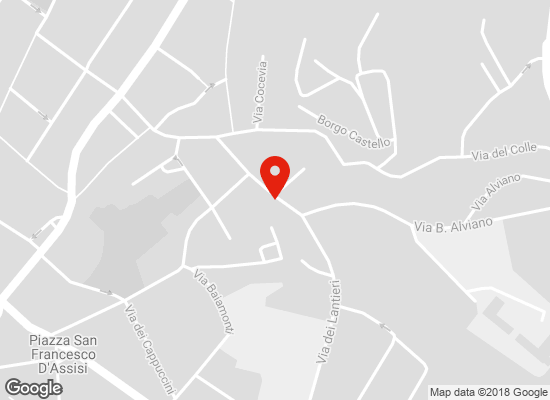 Next to Piazza Cavour is Piazza Sant'Antonio, in the past occupied by the Franciscan Monastery of the Minor Friars, built in the 13th century.

Re-paving brought to light the foundations of a 13th century church of Santa Caterina, or an older late medieval chapel placed at the center of the cloister, to which belonged the arcades that still bound it on three sides. In the 17th century the complex of buildings underwent major transformations. A legend arose that the monastery was founded by Saint Antonio from Padua. After Joseph II’s suppressions at the beginning of the 19th century, the monastery was transformed into barracks and later a hospital for Napoleonic troops. The San Francesco church was subsequently demolished.

In 1825 a new owner of the buildings, Giacomo Vogel, commissioned, in the left corner of the rear arcade, a new chapel dedicated to Saint Antonio. A statue of the saint that was in the middle of the square was moved into a recess above its entrance.

On the opposite side of the square there are Palazzo Strassoldo, today the Hotel Entourage, and next to it is a cloistered monastery of the Clarisse Order.