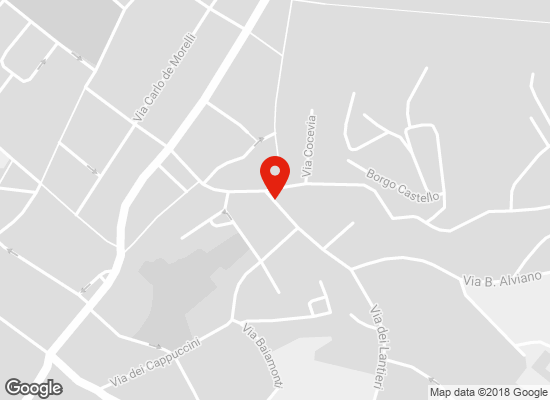 Going down from the Castle along Viale D’Annunzio we arrive at Piazza Cavour bounded by the faҁade of Palazzo degli Stati Provinciali, today the Police HQ.

Built in 1200 and enlarged in 1500, it was the seat of the Assembly called “The Fathers of Gorizia”. The Assembly included the aristocracy, clergy and County representatives, who, for centuries, administered the city and its territory. There are other old palazzos overlooking the square: the Magistrato Civico, a 16th century house with distinctive protrusions on its higher floors, the Gastaldo residence; Casa Ungrispach, one of the oldest houses in the city, built in a late gothic style, with a plaque on the faҁade with the date MCCCCXLI; and the old houses at the beginning of Via Rastello.

In Piazza Cavour you can’t miss the oval shaped benches. On them is written “En attendant mon amour”. A romantic gift to all people that fell in love (or will fall in love) in Gorizia. Or maybe with Gorizia.