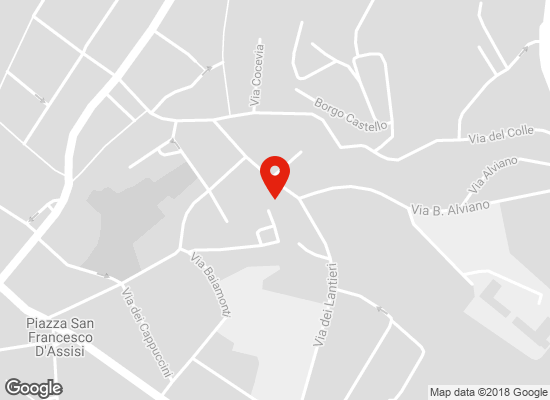 This palazzo, still the residence of the Lantieri family, is one of the most prestigious aristocratic residences of Gorizia.

It was built around 1350, near the eastern entrance to the city. The palazzo was where the Gorizia Counts housed their guests during hunting outings and knightly tournaments. The lodge had a gatehouse close to its tower, with a drawbridge, that was the entrance to the city from the direction of the Karst (Trieste) in the south-east. It was known as the Schönhaus ("nice house"). When the last Gorizia Count died the building was left to Doctor Pozzo, who in 1505 ceded it to Antonio Lantieri. In 1513 Massimiliano I approved the transfer of the Schönhaus to the Lantieri family who then started to add the 16th century wing of the palazzo, which was later enriched by precious frescos still partly preserved. Particularly noteworthy is the series of tiles with allegoric figures dating back to the mid-18th century placed on the ceiling of a ground floor vaulted arcade.

During the 18th century the residence gave hospitality to illustrious guests: such as Carlo Goldoni and Giacomo Casanova. In 1782 Pope Pio VI stayed there during his trip to Vienna, commemorated on a wall plaque. In recent years rooms of the palazzo have been enriched by contemporary art that creates a resonant dialogue with the old atmosphere that still pervades the building.