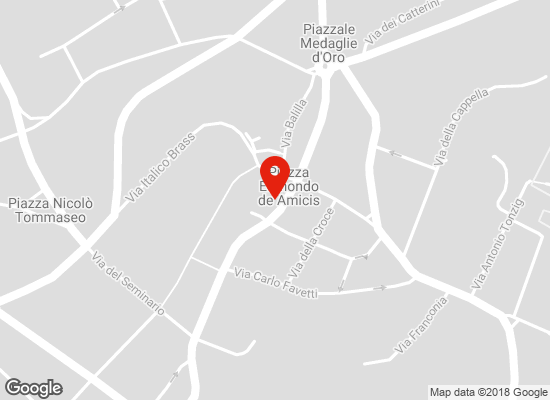 Soon after 8 pm the Emperor went to Piazza Corno (today, Piazza De Amicis) that was adorned with obelisks, flagpoles and plants.

At the centre of the square was the Ercole Fountain built in 1775 by Marc Ciereghin as part of Nicolò Pacassi’s project. After the opening of Via Silvio Pellico it was moved because of a new train line, opened in 1906. The statue is today located in the courtyard of the nearby Palazzo Attems Petzenstein, that in 1900 became seat of the Museo Provinciale with its naturalistic and archeological collections, previously kept in the Palazzo degli Stati Provinciali. The Emperor inaugurated the newly located museum, he signed the visitors register and stopped for about half-an-hour to admire the collections. The rest of the morning Joseph was busy with meetings and after a second gala lunch he prepared for departure around 4 pm from the Southern Station. That was the last time Franz Joseph visited Gorizia. 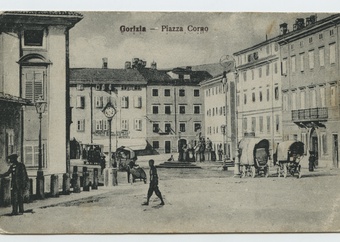 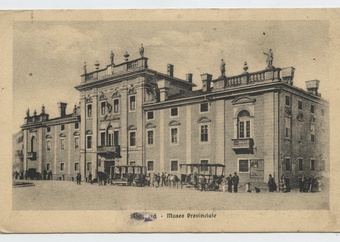 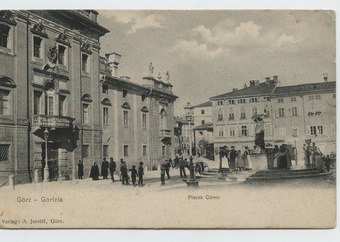