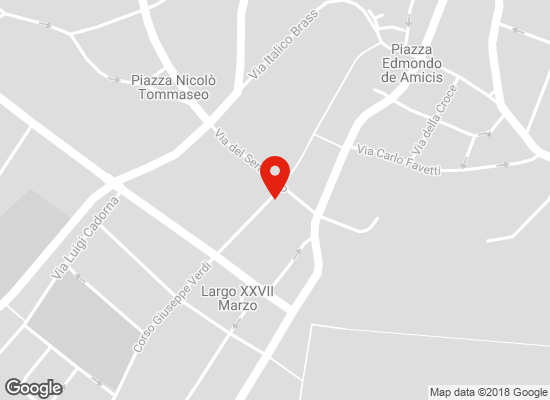 Seitz Typography was at Via Seminario 12 and it is known for the collaboration of Isacco Reggio, Rabbi of the Jewish community in Gorizia, who published, in the first years of the 19th Century, a series of texts written in Hebrew, some in Hebrew and Italian and others only in Italian. For example: the “Guida per l’istruzione religiosa della gioventù israelitica (A Guide For The Religious Education of Young Jews) and the “Strenna israelitica” (The Jewish Gift).

Close to the "Judengasse" in the 18th Century was the Tommasini Typography that published, in Gorizia, the first text with Hebrew fonts; a collection of Italian, French, Friulian, German, Carniolan, English, Greek and Hebrew compositions and poems in 1779, including the Hebrew text of the Lazzaro Gentili’s poem “la Tortorella” (The Earthly Dove).

Two texts of Elia Morpurgo (1740-1830), a Jew from Gradisca, were published. A speech on the “Patent of Toleration” issued by Joseph II and a translation of “Hebrew Talks About Tolerance and Happiness” by Naftali Herz Weisel.