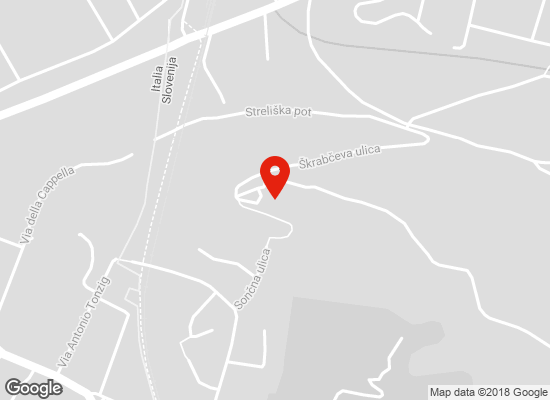 At Palazzo Coronini, Carlo X could see directly from his room the Franciscan Monastery of Kostanjevica, on the Rafut Hill, founded in XVII Century by Matteo della Torre.

The monarch expressed a wish to visit it, but unfortunately he only got there after he died. The Monastery Church was chosen as his burial place. Even though in the second half of the century the Bourbon court left Gorizia, Kostanjevica continued to be the burial place of the Bourbon family in exile. At the beginning the bodies were laid in the sacristy of Della Torre, where is also entombed the Dukes of Angoulême and Charles X granddaughter Luisa Maria. In 1883, shortly before his death, the last descendant of the family, Henri V, Count of Chambord, arranged a new crypt to be built under the high altar of the church where he and his wife, Maria Theresa, were buried. The six sarcophagi, five in marble and one metal, survived the war that destroyed the upper church. In 1917, after the relative of the Bourbon family, the Empress Zita, intervened, the sarcophagi were moved to Austria. After the war Italy asked for them back, but only in 1932 did the remains of Bourbons return to Gorizia, to be buried again in the Kostanjevica church. 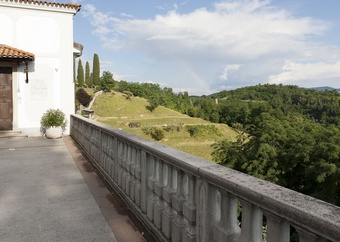 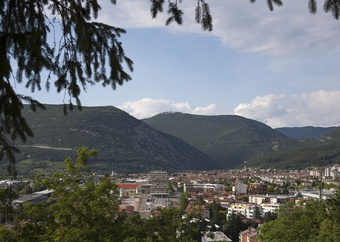 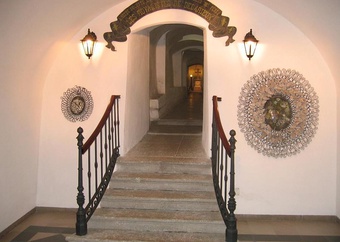 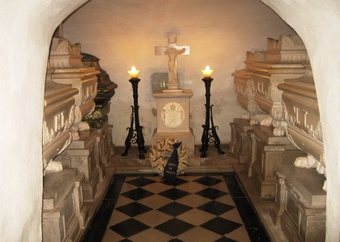 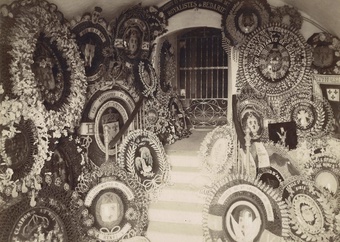