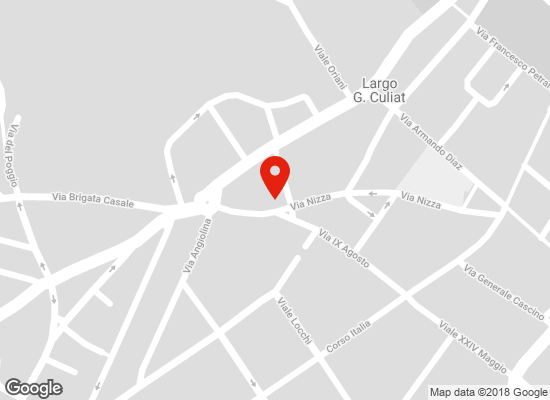 Max Fabiani was born near San Daniele del Friuli in 1865. He studied in Ljubljana and in Vienna, where he graduated in Architecture in 1892. After the First World War he was called to Gorizia to oversee the reconstruction plan for the city. Fabiani dealt with many new interventions, reconstructions and constructions of new buildings, such as the design of the Sacro Cuore church built in June 1938. There were different phased plans for the church, the first was designed by Antonio Lasciac in 1891. After a long and eventful history, in 1934 Max Fabiani took care of the fourth and final phase, with the church being consecrated in 1937. The facade is structured by vertical and horizontal composition lines interrupted by the central round windows which amplify the orthogonal pattern that already marks the whole design. Still on the facade, three key points are located in line with the three naves and their corresponding entrances, flanked by huge marble buttresses. The contrast between brick and marble breaks the facade’s geometric strictness and brings lightness to the whole. This aesthetic is seen in other Max Fabiani works, like the Šempeter Parish Church and the Church of San Lorenzo. 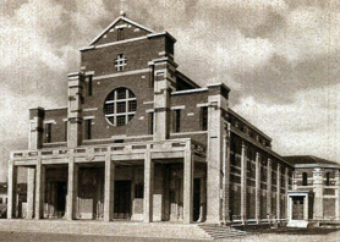