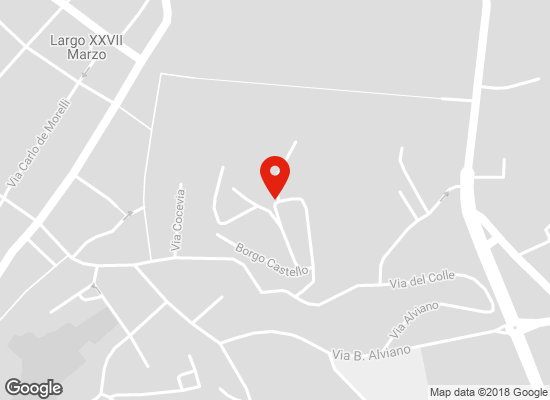 Building of the church began in 1398, commissioned by the brothers Michele and Giovanni Rabatta who wanted to offer a place of worship to the inhabitants of the Castle town.

The church was completed in 1414. It has a Venetian style faҁade with a rose window, two small vertical windows, a bell-gable and a vestibule flanked by statues of Michele Rabatta and his wife Maria Bella di Castelpago (recently transformed into an Annunciation). The big wooden crucifix is a copy of the original 17th century one now kept in the nearby Musei Provinciali.

Inside the church are three small gothic apses, two of them suspended, covered with schist (a type of sandstone). The vault has veins forming a criss-crossed starry pattern creating figures. The painting above the altar of the Assumption dates back to the end of the 16th century. It is thought to have be painted by Tintoretto but more likely created by his son Domenico Robusti.

As a whole, the building is an example of the fusion of Venetian and Nordic traditions. During the First World War the church, thankfully, wasn’t heavily damaged, unlike the surrounding buildings. The houses around it needed to be demolished, leaving a greened area around the church.