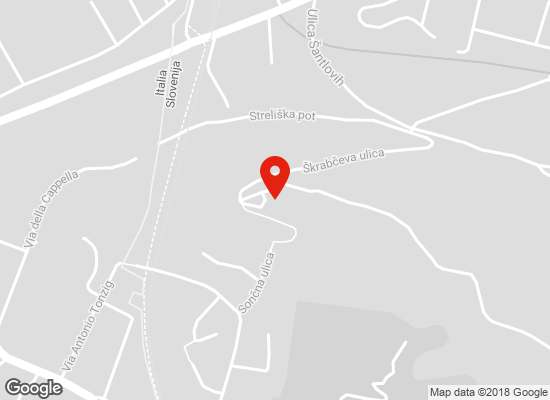 Kostanjevica and the border

To better understand what the 1947 border meant for the city of Gorizia we suggest you to go up the 142 m steep hill, where you can find the Franciscan Monastery of Kostanjevica.

From Piazza De Amicis you go up along Via Formica and at the end of the street you climb up the charming Via Cappella until you reach the Kostanjevica Hill.

Opposite the Monastery there is, on the lower left , the Transalpina railway station. There are great view from here on the city of Nova Gorica, which was built in 1948 by Tito. All around there are “sacred mountains ”--where the majority of the 11 Isonzo battles were fought. From the left: Calvario (Podgora), Sabotino (on which is written using rocks “Naš Tito” – “Our Tito”), Sveta Gora with a Sanctuary that Gorizians love, Sv. Katarina, Bajnščice plateau, Škabrijel and Sv. Mark.

The Kostanjevica monastery was built on an existing sacred site in 1623. It is famous because it houses the remains of Bourbons exiled from France. Looking towards Gorizia Castle it seems so close that you can touch it. Looking out it’s clear how nonsensical borders are that can even divide households.