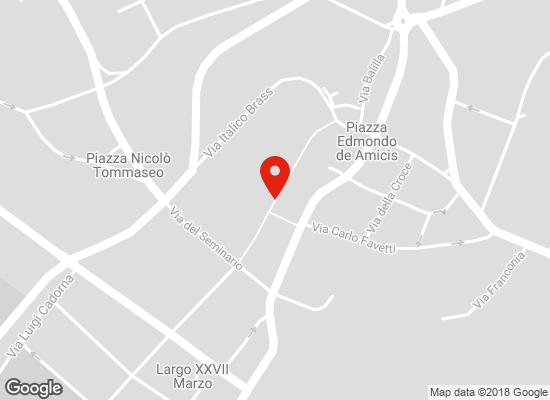 This area was initially called “contrada di San Giovanni” because of a church devoted to San Giovanni Battista. It was built at the end of the 16th Century by order of Vito di Dornberg, Imperial Ambassador to Venice and Rome.

Between 1696 and 1698 a Jewish ghetto was created by order of the Emperor Leopoldo I. During the night the area’s two gates were closed. One was near the Corno Stream and the other near the San Giovanni Battista Church. It was only during French domination, in the first years of the 19th Century, that the ghetto was finally abolished and Jews obtained full civil rights. The main road of the ghetto, was named in 1880 after Graziadio Isaia Ascoli, a famous glottologist from Gorizia. In 1940 it was renamed “via Tunisi” after racial measures taken in 1938 that forced removal of road names dedicated to Jewish people. During the Nazi occupation of November 1943 all the Jews in the city were arrested and deported to Auschwitz--amongst them were the mother and sister of Carlo Michelstaedter. The road got back its original name, “Ascoli”, only in 1950.