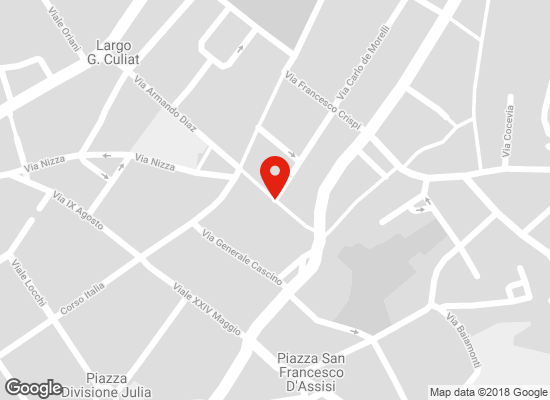 View of Corso Verdi at the intersection with the current Garibaldi and Diaz streets. Until 1901 it was called Via del Giardino (Garden Street). On the left a small cafè, before the headquarters of the Cassa di Risparmio di Gorizia built in 1959. On the right, the Assicurazioni Generali building, in the nineteenth century seat also of the Post Office headquarters. Note the tram rails, connecting at the time the two railway stations, the Southern one and the Transalpina.

Entrance to the Theater Street — today via Garibaldi. The road connected the city course with the Attems Santacroce palace, built in the eighteenth century, purchased in 1907 by the Municipality and now municipal seat.  On the right in the photo we can see Teatro Verdi formerly Teatro di Società, which has been existing on this site since the 18th century and which gave the first name to the street, in fact the dedication to Garibaldi was only alter 1918. 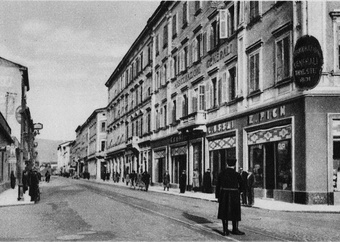 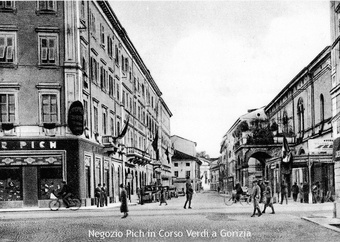