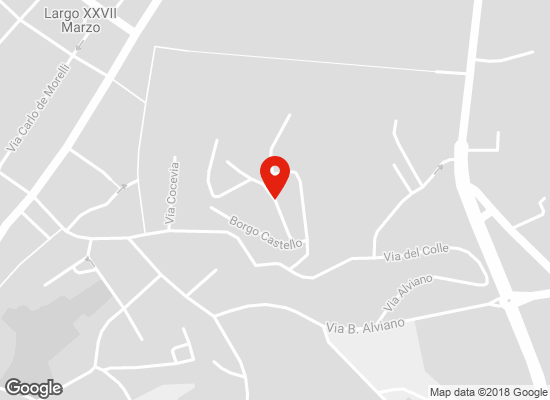 When leaving the Castle, going down the road that runs along the eastern ramparts, we find the Santo Spirito Church, which began to be built in 1398 by Rabatta family.

Before the war it was inside a well-structured building context with simple old houses that were heavily damaged during the war and for this reason demolished between 1920 and 1935. Also the houses on both sides of the uphill road to the Castle were hit and destroyed, while the two medieval faҁades of the church miraculously saved, even though the back northern wall, next to a collapsed house, completely fell down. In February 1917 the Emperor Charles and his wife Zita stopped in front of the destruction. 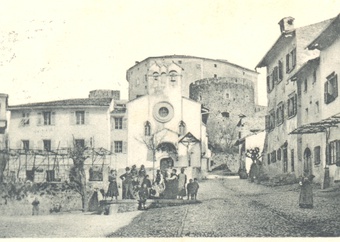 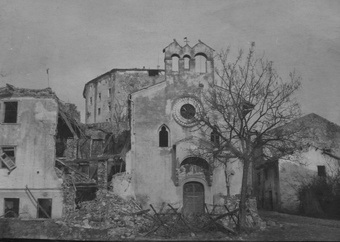 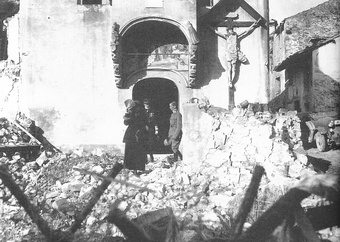