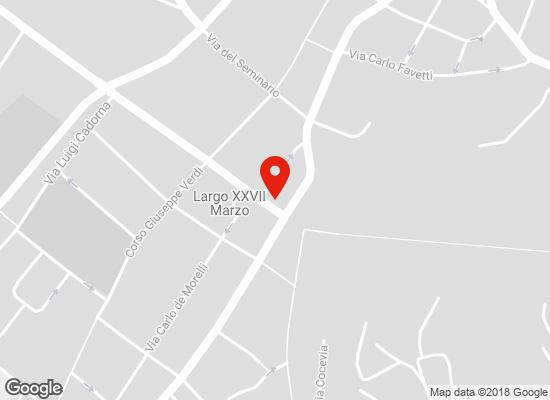 In front of the barracks was the Piazza Grande, today Piazza Vittoria, that extends alongside Sant’Ignazio Church. The church was built in Baroque style and during the war it was hit by some small grenades that damaged its faҁade.

In front of the old Jesuit College as early as 1640, on the occasion of the 100th anniversary of the Jesuit order, a votive column of wood was built, replaced in 1658 by a column in stone. On top of it was placed a new statue of Saint Ignazio made by Leonardo Pacassi. At the foot of the statue there is coat of arms of Andrea di Porcia,  a Knight of Malta who commissioned the sculpture. During the bombings the statue was beheaded by grenade shrapnel. 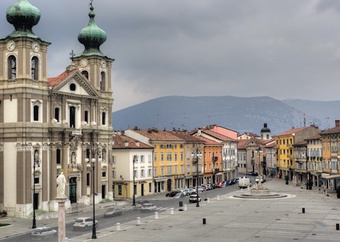 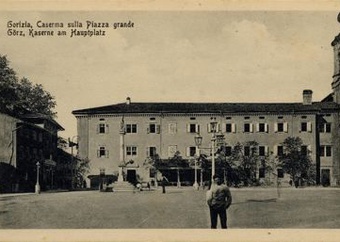 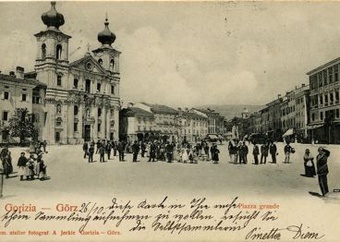 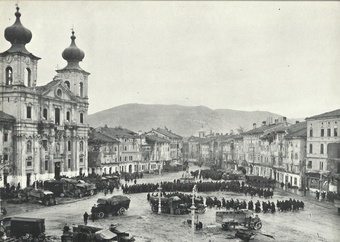