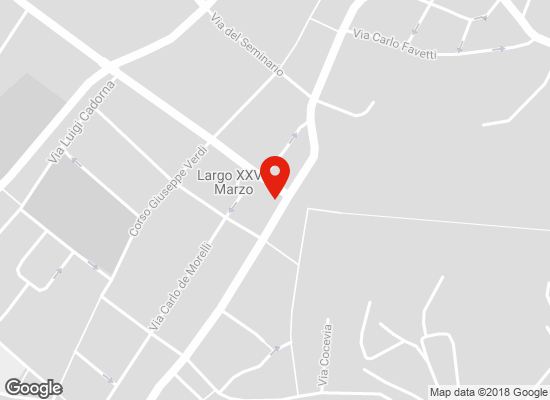 Commissioned by the Jesuits, the church started construction in 1654 but was only completed in 1767. That was the year in which the first Archbishop of Gorizia, Carlo Michele d’Attems, was consecrated. On the left side, where today is the palazzo INPS, there was originally the Jesuit College, transformed into barracks after the suppressions of Joseph II and then demolished after the First World War.

In addition to the two bulb-shaped bell towers, on the faҁade there are statues of Sant'Ignazio (in the centre), San Giovanni Battista and San Giuseppe (Patron of the Gorizia County) placed in the recesses above the three entrance arches.

The inner part of the church, which is typically Baroque, is dominated by a high altar made by Pasquale Lazzarini (1667-1731), with the statues of the four evangelists and the Virgin with Child, in addition to those of Saint Stanislao Kostka, Saint Francesco Borgia, Saint Francesco Saverio and Saint Luigi Gonzaga. On the bottom there is the fresco Gloria di Sant'Ignazio (Glory of Saint Ignazio), made in the style of architectural illusionism by Cristoph Tausch, a painter and architect from Innsbruck, who also designed the faҁade. On each side of the only nave open three chapels with altars in polychrome marble, sought by some of the most important aristocratic families of the city, as Cobenzl, Della Torre and Strassoldo. It’s worth noticing also the pulpit of white Carrara and green Sicilian marble built in 1750 and attributed to Pietro Baratta.