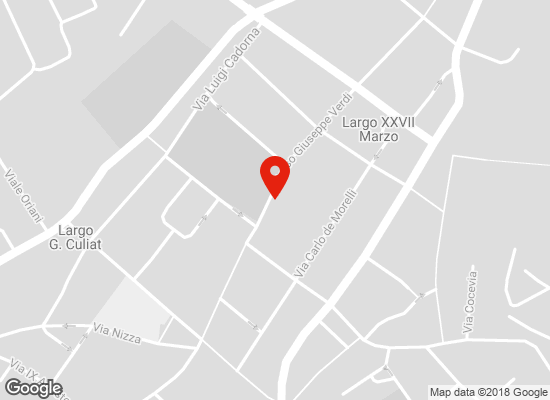 A little further ahead, on the opposite side of Corso Verdi, opposite the park, there is a beautiful small palazzo in neo-Gothic Venetian style, designed by the architect Giorgio Polli from Trieste.

It was built at the beginning of 1900’s at the initiative of the Associazione Cooperativa di Credito on land owned by Mulitsch family. The family lived there from 1903 to May 1915 on the ground floor, whilst the first floor was occupied by a bank. After many searches aimed to find the young Arnaldo Mulitsch, a draft dodger and Irredentist, on 15th July 1916 Austrian troops plundered the house’s furniture.

A staging area command Headquarter (Etappenkommando) was in the military barracks in Piazza Grande (today Piazza Vittoria) until the 8th August 1916 when residence of the building continued until the Austrians took back the city at the end of October 1917. With the Italian troops back on 7th November 1918 the palazzo became the Military Staff of the XI Army Corps Headquarter commanded by General Paolini. The Associazione Cooperativa di Credito ceded the building to the insurance institute Istituto Nazionale delle Assicurazioni of Rome, which put on the faҁade its ceramic sign. 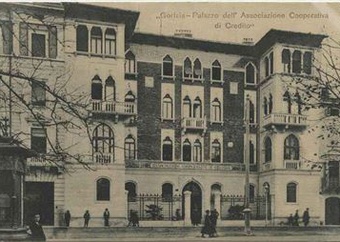 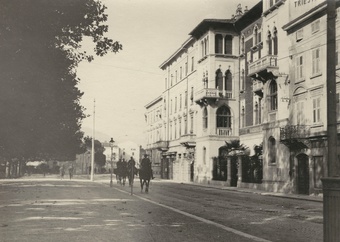 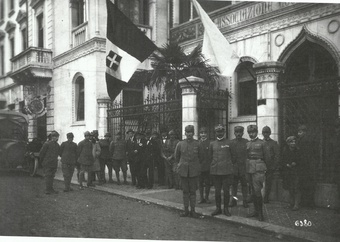